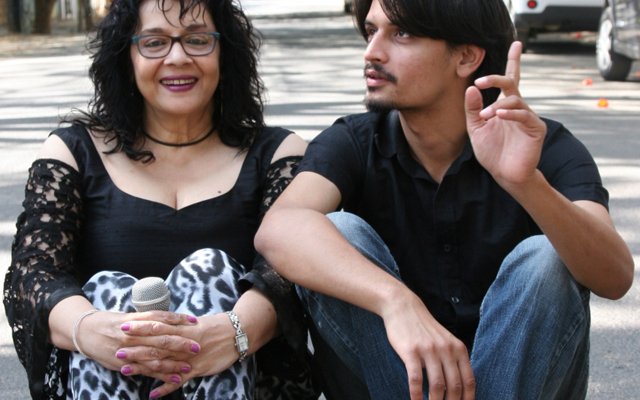 For anyone wondering who on earth Radha Thomas and Aman Mahajan are here’s a reality check. Miss Thomas is an accomplished writer, novelist and poet as well as anIndian classical singer, trained by one of the best-known gurus (teachers) in Hindustani music, Kumar Gandharva, and who made a relatively seamless transition into the realm of jazz. When she relocated to New York City 20 years ago she found favour by some of the leading musicians there. Michael Brecker, Harvey Mason, Alex Blake, John Scofield, John Abercrombie and Ryo Kawasaki are some of those whose music she graced. Aman Mahajan may not have quite that same list of musicians but he too has chiselled a stellar career for himself in Europe. On this recording the two musicians bend and twist t he unique melodicism, harmonic concepts and rhythms of Indian classical music into luminous improvised music in the western tradition. 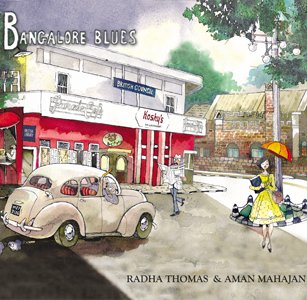 Their reputations precede them, but that notwithstanding, the music they present on this quietly lyrical album is outstanding. Bangalore Blues makes no pretentions of being a so-called “jazz” album. It is, however, an intensely lyrical album of songs which use both vocal and instrumental improvisations resulting in music that is quite extraordinary. The contributions of both Miss Thomas and Mr Mahajan stand out particularly for their plangency and eloquence. Miss Thomas’ voice is quietly lustrous. She applies emphasis in her phrasing in a most unusual way: no crying or shouting, but lyrics rendered with whispers, glissandos, episodes of what might be described as ululating melisma as she renders lets the emotions bleed quietly out of the music.

Each of the songs tells a story while dancing with what might easily be described as a delicate and sashaying lyricism. Mr Mahajan is a superb pianist and understands his role perfectly. His pianism is creates the perfect setting for the vocalist to tell her stories. He rarely solos – if at all you can call it that – emerging from the shadows every now and then to make a significant contribution to the harmonic direction of the music. “Leifmotif” is a superb example of the empathetic manner of this performance. Miss Thomas is also adept at crying the blues in her own way. “Load Shedding”, an oblique comment on shortages of electricity in an urban landscape and “Bangalore Blues”, a lament about the changing face of a beloved city are wonderful songs created and sung in the manner of the blues. This is an unusual and superb album. Quite simply, everything glows in its quietude.