Vocalese: A tribute to Chet Baker 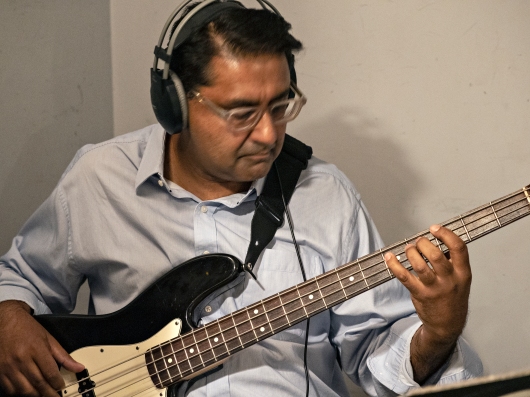 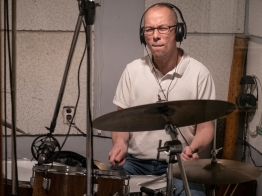 Earlier in the summer, I was in NYC and had two weeks of terrific fun planning and finally recording an album I’ve always wanted to do. Writing lyrics and writing books things I really enjoy doing… not quite as much as singing though if I’m to be honest.

Anyhow, I’ve been working on a bunch of Chet Baker solos for the past three or four years, putting finishing to the flow, the breaks, the breaths, the lengths and so many little nuances that go into writing vocalese.

I suppose it can always be better, but for what it’s worth, here it is. It will soon be available online on Spotify and everywhere, and this is just a private Soundcloud link.

What is vocalese? It’s a vocalist’s approach to jazz, using words specially written to single-line horn solos, and sung rapidly in time to the music. It is both difficult and tricky to perform it, and when one adds composition to the mix, it’s obvious that it’s not for the casual listener.

This specific style originated alongside hard bop in the 50s in America. Singers like Jon Hendricks, Eddie Jefferson and King Pleasure took to writing words to the solos of famous horn players like Coleman Hawkins, Wardell Gray, James Moody and even Miles Davis.

Thomas is continuing the tradition here in the 21st century in India, by presenting a one-of-a-kind jazz album.

“Ron McClure who is a bass player primarily, but a fine pianist too, plays with me on this album. In an odd coincidence, many years ago he was at a Thanksgiving party at Chet’s house (he would play bass for him occasionally) and was looking for an apartment. ‘Take mine,’ said Chet, and the result is that Ron now lives in Chet’s old apartment. Ron told me that before he came to the studio to record this album, he listened to the walls carefully to see if Chet had left any music to linger.”

Besides McClure, performing with Thomas are some other New York greats. Vito Lesczak on drums and Sri Viswanath on bass. It was also recorded at Jim Clouse’s Park West Studios in Brooklyn NY, in June 2019.

The cover art, a caricature of Thomas was created by Reynold Philip, an artist who lives in the Middle East and has never actually met her. The photographs of the performers were taken by world renowned UN photographer John Isaac.

I fall In love Too Easily: Vocalese Lyrics
Falling in love is oh so breezy
But then staying in love, s’not always easy
Ever look into the blue and look for hope and then you find your heart is broken sad
lonely too and nothing ever seems right anymore

You Go To My Head: Vocalese Lyrics
Sometimes I feel so helpless
Like I’m lost in a moment I can’t let go now
A tequila sunrise
Promises happiness, a while I know
In the orange glow a sweetness hides the pain I feel inside my head that’s not real, yeah I know it’s such a drag to be so sad
Why should a heart be aching for a love, isn’t real
Never to return, never come back
And to be mine once more
Why is it you fill my glass with cubes of lies that melt like ice

It Could Happen To You: Vocalese Lyrics
It isn’t so hard to see that it could really be
That day could be here when your heart belongs forever to me oh yeah,
Wouldn’t it be very, very nice
To see that you and me were meant to be two souls that beat as one
Then alone will we smile again
So happy singing my song to you
And always saying that…

So many times I’ve woken up to find that I’m still just missing you
I feel the empty hollow gaping on your pillow
It tells me you’re gone, I’m all alone
The scent of you lingers on my soul
Why is it the same old story that I hear, every time the season changes

The streaks of gold, a splash of red, I’m feeling blue,
Alone in my bed and I couldn’t be sadder than a lonely leaf that’s tossed into the air
Isn’t there a place that I could find someone fun, a smiling face
Hate the feeling of doom, the terrible melancholy that surrounds me

There’s a cure for romance I hear, It’s in each passing year. It is

Moments drag on, I hear the clock, ticking and a-tocking on by
I’m feeling only emptiness so deep in my heart, I want you near to me, lips together
I put on a brave face, slip on a dress of silk of fine silk & lace, I’ve got some shoes sparkling bright in red and gold too

Wouldn’t you agree that there are times now when the only way to make it through the day is to believe
That you will be coming into my arms now, hey now
That’ll make the dream real, a dream that could really come true, in the falling of leaves, the only one I see is you.

What’s that I see now? Wish that it was true. Just a passing dream