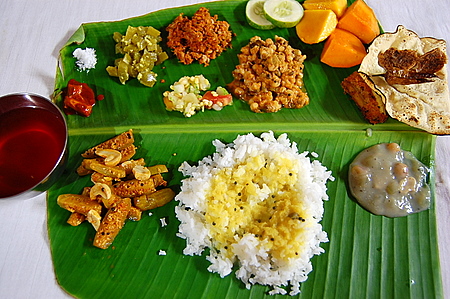 In the past few weeks, a funny and light-hearted blog by someone named Mrigank Warrier (a cooler name I have not heard, making me wonder if he’s not a super hero of some sort) is doing the rounds online.

It speaks to all those people in India who think that we South Indians are fair game for mockery and marginalisation, because of our accent.

I’ll grant that our accent is definitely not a beautiful accent and even I can sniff an opportunity for mirth and merriment when a South Indian cheerfully invites his friend, ‘Come I say, let us go to wotle,’ or announces himself as ‘Yem Yes Wo Murthy.’

Warrier blogged his thoughts in a piece titled, “Yenna Rascalla” in 2011. (http://goo.gl/C44KoJ), and it’s now being revived by people who’re feeling his message. Which is, “Stop making fun of us. We’re people too.”

But his message isn’t being heard loud and clear across the South.

As a proud south Indian myself, I have a different opinion on the subject. I think it’s important to adapt and change and conform if you want to succeed in a milieu where such change is necessary. In the area where one, for instance, needs to earn money – as in a job, competing with others.

There is another South in the world. The people of that South too have a distinct accent. It’s the south of the United States. (The difference is that while our South is also known for its intellectual prowess, the people from the south of the US can make no such special claim. They merely suffer for their accent.)

One of my best friends in New York—let’s call her Elvira—is originally from Memphis, Tennessee, home to the Smoky Mountains, Dollywood and of course, Graceland. Elvira is a smart, beautiful, and driven woman who left home to go to New York to find work. She had a Bachelor’s Degree in Political Science from the University of Tennessee and things were looking bright for her as she boarded her plane.

She thought she’d do well on television as a newscaster. In her research, she had discovered that she possessed all the qualities that TV stations were looking for. She looked hot, spoke with intelligence, had an excellent grasp of current affairs and could sniff out a story in a whiff. She was photogenic to boot.

But interview after interview, all she got were rejections.

She couldn’t figure it out in the beginning, but pretty soon, she was smart enough to realise that people were turning her down because of her heavy southern accent.

According to the people at the employment agency (who were charging her handsomely to find her a job) her accent made her sound like a dim-witted hick… if you were going to be really uncharitable, well, she sounded stupid.

“Girl, if you want to work here in New York, you gotta lose the accent. Fast!” one not-so-kind lady at the employment agency told her. At least, she had levelled with her.

And there it was: Elvira couldn’t find work in the Big Apple because of they way she spoke naturally – in the accent she had acquired since birth.

She was told that she must lose what I thought was her charming southern drawl and in its place, acquire the accepted newscaster’s accent – which, by the standard of middle America, isn’t an accent at all and is the way people were meant to speak.

“You could have told me this in the first place,” Elvira complained, annoyed that they’d sent her off to get slaughtered in five interviews, but she knew the truth when she heard it. So she enrolled in ‘Accent Modification’ classes. She spent three months undergoing a makeover and she worked at it until she nailed the New York newscaster’s accent so beautifully that her brother, sister and parents were speechless.

“Y’all c’uhhhmm to suhhpperrr naaaw” became a cultured and unaccented, “Why don’t you join us for dinner?” and even as her BFF, I was astonished at the Liza Doolittle like transformation.

It was only when I got Elvira very drunk that her inner Memphis would sneak back out.

I was reminded of Elvira when I read Warrier’s blog and its parallels with her travails. And I figured that if the people of Punjab and Haryana continue to mispronounce and disparage South Indians, it’s time South Indians did something about it besides kvetch.

Maybe if we worked on the way we speak, so we won’t get to be the butt end of the joke.

Or here’s a better idea. Let’s take over India. In a decisive, conclusive way. Schools and colleges and all. And force our accent on the rest of the country.