Contemporary jazz in its many avatars is catching the fancy of Generation Now, says Tania Bhattacharya

It has been a frenetically busy season for jazz duo Adil & Vasundhara. They’ve entertained audiences at two festivals in France and swung by to play in festivals in countries like Turkey and Bulgaria, that aren’t usually thought of as jazz centres. Closer home, they also made it to Jazzmandu in Kathmandu last year. This year, they’re criss-crossing India to promote their album Ampersand, which will be out this week.

Cut to the lawns of Nehru Park in the heart of diplomatic enclave where the crowds gathered recently to take in four evenings of peace, love and jazz at the Delhi International Jazz Festival from a string of Indian and international bands like Bangalore’s UNK: The Radha Thomas Ensemble, Ararat from Israel and Imany from France. Says Gina Savino, the incredibly versatile vocalist with the Oscar Acevedo Quartet from Columbia: “It was so emotionally fulfilling to see the crowd enjoy our music. There were little kids dancing in front of the stage!”

Did someone say jazz? Isn’t that soul music for a minute handful of elderly devotees? Surely, the younger generation raised on a diet of teenybopper stars like Justin Bieber and Miley Cyrus aren’t tuning in to the mellow strains of saxophones?

But strain your ears and you’ll hear the rhythm of fresh contemporary jazz emerging from all over the country. From the south, you might get to hear the unexpected notes of jazz fused with, of all things, Carnatic music. And Goa and Delhi are going all out with Latin jazz, jazz funk and other forms of modern jazz.

What’s more, there are a string of events and jazz evenings being organised and that in turn is clearing the stage for newer bands to make their mark. Over the last year, at least half-a-dozen major festivals brought together jazz-lovers around the country. And the festivals brought international jazz artistes who, to make their trip to India worthwhile, toured India’s top cities.

Says Reuben Narain of the Delhi-based band, Drift: “There are more people now playing jazz, because of which the audience base is gradually increasing. Surprisingly, the people who follow our music come from varied age groups and social backgrounds.”

The fact is that today’s youngsters have eclectic tastes and are quite happy to add lots of jazz numbers to their playlist. One such person is e-learning professional Hirak Ganguly from Calcutta. Ganguly is a huge fan of rock ” roll, but he also loves listening to what’s called progressive jazz and jazz funk. “I love to listen to music that doesn’t follow a particular form, and I really take to elements of funk and rock in jazz,” he says.

Who are the stars of the Indian jazz world? There are Adil and Vasundhara, who’ve been together playing jazz and more for the last four years. And there’s the highly regarded Radha Thomas who has made a name for herself even though she still has a day job as executive vice president at Explocity, the online city guide. She even found time to debut with her novel, Men on My Mind in December.

It doesn’t matter if you are picky about your jazz. A bevy of talented musicians are playing everything from traditional and Latin jazz, to jazz funk, modern jazz, acid jazz and fusion jazz — in fact, there’s every combination of jazz out there that you could possibly want to hear. Ensembles like Syncopation, Drift, Fubar Ghetto, Cobbled Street, Peter Cat Recording Co, Tarun Balani Collective and Los Amigos are experimenting with all kinds of sounds and actually drawing crowds. And there are more clubs than ever before, so you’ll catch them regaling crowds at Blue Frog, Kala Ghoda or at the NCPA in Mumbai, The Living Room or Hard Rock Cafe in Delhi or Sol Villa and the Royal Goan Beach Club in Goa.

But it’s not just the big metros that are going all out to revive jazz in India and get enthusiasts grooving to the mellow beat. Ekaterina Belyakova, a Russian jazz enthusiast who settled in Goa after marrying an Indian, organises Jazz ” Goa, a six-day jazz festival in the state.

Jazz ” Goa hit the high notes last year, so for 2013 Belyakova put up two stages for simultaneous performances. “Jazz has grown so much recently. Today a number of tourists from India and the world come to Goa just to experience its jazz scene,” she says. Belyakova runs a travel company with her husband, so they’ve been promoting deals for international tourists who want to get a taste of both Goa and its throbbing jazz scene.

Goa is, in fact, a crucial spot on the Indian jazz map. Armando Gonsalves, CEO of Heritage Jazz in Goa, has been working to promote jazz in different ways. He says: “Goa has been central to the jazz revolution, and today it has become the taste of the state.” Heritage Jazz organises several jazz-centric events for social causes. It tries to ensure that jazz reaches everybody by organising worship jazz in churches, for instance. It has also introduced Konkani jazz (folk music fused with jazz). Occasionally, Gonsalves organises jazz evenings at his mansion too.

Closer home in Calcutta, look out for Mainak ‘Bumpy’ Nag Choudhury, a veteran of the Indian jazz scenario. The bassist with Kendraka, India’s prime contemporary jazz band, reckons that India is now on the brink of something enormous in terms of contemporary music. “Jazz invariably becomes a part of this scene considering the kind of all-encompassing genre it is and given our roots in it,” he says.

Bumpy — easily recognisable by his trademark fedoras — created Kendraka in 2009 with the aim of pushing boundaries in contemporary jazz. Today, the band tours the globe — think Switzerland, Slovenia, Japan and Croatia — with their music, and has made it to No Black Tie or NBT, a prestigious jazz club in Kuala Lumpur, jamming with well-known international jazz artists. Their best performance here was when they took the stage without any practice. “That’s the thing about jazz. You never know what’s in store,” he says with a grin.

It goes without saying that the local musicians are putting together their own albums and reaching out to wider audiences. So the Tarun Balani Collective working on a collaborative album for release this August. And Delhi-based Syncopation released an album recently, which the band recorded live. UNK: The Radha Thomas Ensemble is planning a second album as well, with original music. Balani, who trained in Berklee College of Music, also plans to take his band to a few jazz festivals in Europe and the US this year.

Of course, the Internet is an integral part of India’s recent jazz revolution. Take UNK: The Radha Thomas Ensemble, The band extensively uses web-based platforms such as Reverbnation, Soundcloud, Bandcamp, Facebook and YouTube to get its music across. Thomas’ rendition of Herbie Hancock’s Watermelon Man on YouTube is proof of her versatility, as she sings all the instrumental parts — the bass, drums, horns, percussion and of course, vocals, in her trademark resounding voice. But Thomas steers clear of corporate gigs. “Playing at intimate clubs is more satisfying for the kind of introspective music we do. It’s not boom-boom-bang-bang stuff, so I like smaller audiences,” she says.

There’s also Colin D’Cruz, a Goa-based jazz artist, who not only is a part of several jazz bands, but is also a producer and composer who constantly juggles mainstream jazz, contemporary jazz, blues-funk-jazz and Latin jazz. Also, he collaborates with international musicians and releases music on Internet radio stations for listeners all over the world. “It’s music without boundaries,” he says.

Experts will tell you that jazz was once very popular in India. And Indian bands were playing alongside world’s greatest jazz musicians some 60 or 70 years ago. “Jazz has been a part of India’s musical tradition from the early ’20s, when it was played at hotels in Calcutta. Later it became popular in Bombay and Madras and Delhi, and hill stations like Shimla and Mussoorie,” says Astri Ghosh, member of the group, Capital Jazz, which organises Jazz Utsav in Delhi every winter.

Not all these musicians make music as a profession. For example, the jazz funk band Cobbled Street is made up of students. And most artists from other bands had other professions until recently. Others, like D’Cruz, believe that one can live quite comfortably off jazz. “It is no longer excessively difficult

to be an independent musician. The way one looks at music as a career has now changed in our country,” say Adil and Vasundhara.

However, Calcutta is still on the fringes of the jazz world, with just one international quality festival — the Congo Square Jazz Fest — and a focused Latin jazz band, Los Amigos, founded by veteran musician, Monojit Datta. “We still depend on art agencies and foreign governments for funding support, because often local institutions don’t throw up enough capital,” says Satyajit Roychaudhury, an experienced jazz musician and president of the Congo Square Jazz Fest.

Nevertheless, the show goes on in smaller ways here; Roychaudhury testifies to the terrific time the smaller crowds have had in the recent Congo Square festivals. He says cheerily: “All we need is a true blue African American saxophonist to come down here and we’ll get all the crowd we need!” 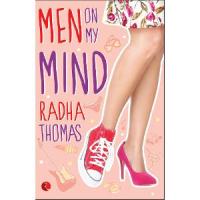