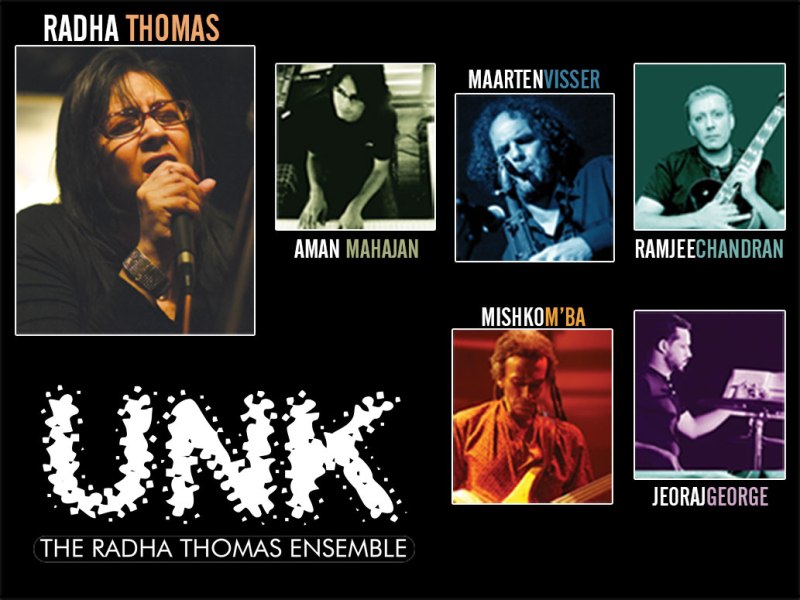 Radha Thomas, vocalist of the band UNK: The Radha Thomas Ensemble, speaks to Prerna Sharma about the growing awareness of jazz

Jazz is no more the recent craze in our country. Thanks to increasing number of music and dance festivals that the genre is widely popular among people of all age groups. The third Delhi International Jazz Festival, organised by the Indian Council for Cultural Relations (ICCR) will begin in Delhi from tomorrow and will feature some of the world’s finest jazz bands. The venue of the festival will be the Nehru Park.

The festival, considered as the largest jazz festival in the country, boasts of multiple performances by some renowned Indian and international groups. Indian Jazz band UNK: The Radha Thomas Ensemble will perform on March 16.

UNK is a fusion funk/jazz band from Bengaluru. Fronted by jazz vocalist Radha Thomas, the band features musicians from over the world. It includes Aman Mahajan on piano, Mishko M’ba on bass, Ramjee Chandran on guitar, Maarten Visser along with Jeoraj George — who was trained at Drumtech, a college for drummers in UK. After touring the world they released their first studio album I Only Have Eyes For You.

Thomas began her singing career in her teens as part of rock and roll band Human Bondage, which was India’s most popular band in the 70s’. She soon developed a strong taste for jazz. She also began combining the tonal complexities of jazz with the rhythmic nuances of Indian classical music. “I’ve been singing since I was 16 or 17. It’s in my blood. I’ll sing anywhere someone asks me to! As long as they’re going to listen, and not talk!” said Thomas.

Thomas is one of the few Indian vocalists who have bridged the gap between Indian classical music and jazz. She performed in many cities across the USA, London, France, Poland, Germany and India.

The band will be performing compositions written by Radha and some by Aman. “We’ve collaborated on all the music that the band performs. We are looking forward to Delhi’s response and hope they will like it. One of my favourite songs is Bangalore Blues. It is an ode to the city. It’s all about missing Bengaluru! We are fortunate that audience has always appreciated our music. There is small but discerning and devoted audience that prefers jazz music. We’ve even gone beyond the borders, and no body has ever criticised our music.” Reminiscing one of her performance at the Isai Festival in Chennai, she said, “I love playing at festivals and have performed in a few. I love the mood, ambience and energy of the audience. When audience encourages you, then the whole experience becomes even more memorable.”

She added, “People love good music but the only thing is that jazz comes somewhere at the bottom of the totem pole. But it’s the music we want to play. This music has the power to move us.”

Radha’s first inspiration is her mother. “I would say she was my first musical influence. After that, there have been so many wonderful musicians who inspired me. From Ella Fitzgerald to Ravi Shankar and John McLaughlin to Sting… the list is endless. These days I am inspired by the musicians I am working with, especially Aman Mahajan.”

About their upcoming projects, she said, “We have started working on our second album and I am also writing my second novel.”